Collingwood's Class of 2017 Celebrate in Style

On Thursday 29 June Collingwood's Year 11 students celebrated in style with a Leavers' Assembly and Prom.

ollingwood College’s ‘Class of 2017’ celebrated in style on Thursday 29 June with their annual Prom. This year’s event was held at Lakeside Country Club in Frimley Green.

Earlier in the day the students had taken part in their Leavers’ Assembly, designed and run by student committees who had worked hard to organise the morning. The year group arrived in varying fancy dress costumes, awards were handed out to staff and students, e.g. for ‘Most Inspirational Teacher’, ‘Best Hair’, ‘Most likely to be Prime Minister’, ‘Best Couple’, etc. and members of teaching staff also performed an act for the students before the traditional year group DVD was played; again having been filmed by students from the year. 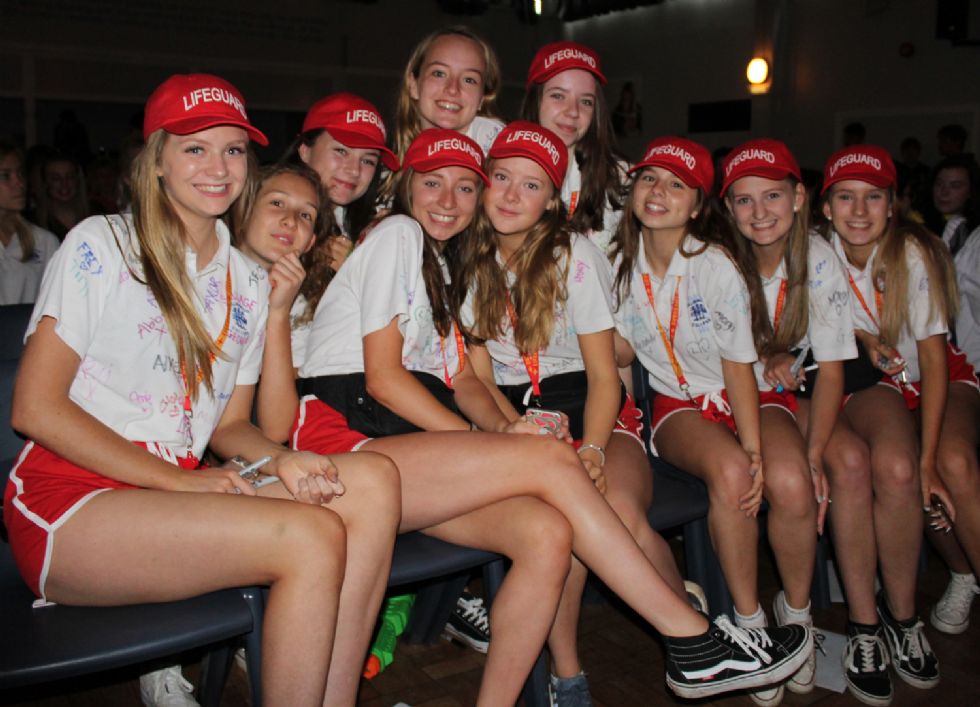 I managed to get through a speech thanking everyone involved with the year group but was surprised by how tough it was!  This group of Year 11 students have made my job so enjoyable and being able to put that into words was difficult.

Onto Lakeside, Frimley Green, where students joined staff for the evening, arriving in an array of vehicles, including party buses, limousines, sports cars and even a Big Rig!  The students who have all just completed their GCSE examinations wore eye catching suits and elegant gowns and were treated to a meal, disco and the chance to use the photo booth; there was also the opportunity to have their photo taken professionally. This year’s Prom had a Las Vegas theme and the Prom committee, in keeping with this, had decorated the venue fantastically.

I would like to thank all staff for their help during the day and also for attending the Prom to support the students  It was wonderful to see so many parents, friends and students past and present at Lakeside to watch as the students arrived, again a sign of the level of support they have received during their time at Collingwood.

Thanks also have to go to the students who organised the Assembly and/or took part in it. The whole year group were a great credit to staff, parents and of course themselves.

Having been with the year group since they started at Collingwood it was an absolute pleasure and privilege to be involved in the whole day; they have matured into a wonderful group of young adults. This group of students have achieved so much in their 5 years at Collingwood and I have no doubt that they will all go on to achieve at the highest level in the future.

At the end of five years at Collingwood it was a fitting send off for all the students although many will return to Collingwood’s Sixth Form in September.  All staff wish the year group the very best of luck for results day!