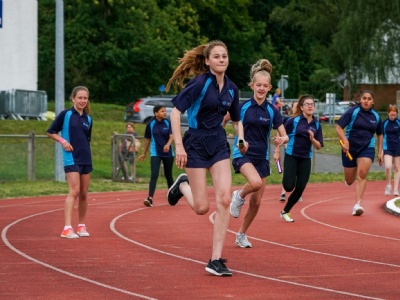 More than 100 Key Stage 3 students descended on the track to represent their form groups, compete against each other and attempt to beat long standing school records.

Managed by a team of volunteer Year 10 Officials, the track and field was poised to be lit up with performances by our many talented students.

With the weather on our side, our students did just that.  An exceptional evening of outstanding performances, competitiveness, support for one another and determination.

Congratulations to all our winners (listed in this week's newsletter).

A massive congratulations to all participants and all winners.  A full list of results is published at the back of this week's newsletter.

The PE Department would like to thank all those staff that gave up their time to participate, the admin team for co-ordinating such a complicated event and to all the parents and carers that encouraged their children to participate.