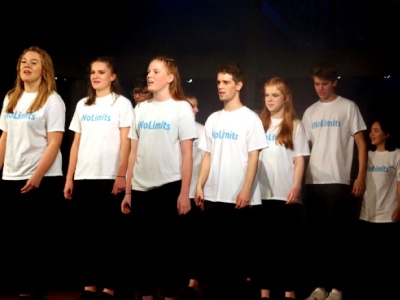 The Sixth Form Revue 2017 is once again a huge success

Review of the Sixth Form Revue by Harry Whelan

Hours of planning, rehearsals and script writing all culminated in the production of the revue on the Thursday and Friday before half term. It featured many acts of talented and talentless students of the sixth form who all worked together to put on a somewhat humorous stage show. These acts included magic, singing and sketches written about some of the staff we have here at Collingwood College all with a satirical twist in good taste. The production featured a range of both on stage and backstage crews, with lighting and sound all managed by the sixth form students here. The production would not be possible without supporting students, staff and those who came to watch the show. We would also like to thank the teachers who came along to support it and hopefully those who saw it had a good evening filled with laughter.  Whilst the build-up and rehearsals all had their stressful moments, on the whole the revue this year was well managed and came together as a final piece that impressed staff, ex-students and parents alike. Our resident college magician performed a spellbinding memorisation of a 200 page book, two fantastic singers gave their renditions of Adele and Ed Sheeran and actors played teachers in sketches such as ‘unlikely things for teachers to say’ in Mock the Week, the Senior Leadership Team in ‘The Chase’ and some staff in ‘First Dates: Collingwood Edition’. In the interval between acts, a raffle in aid of Cancer Research UK was run and £100 was raised. The performance was enjoyed by all who took part and we hope to see you again for next year’s revue.